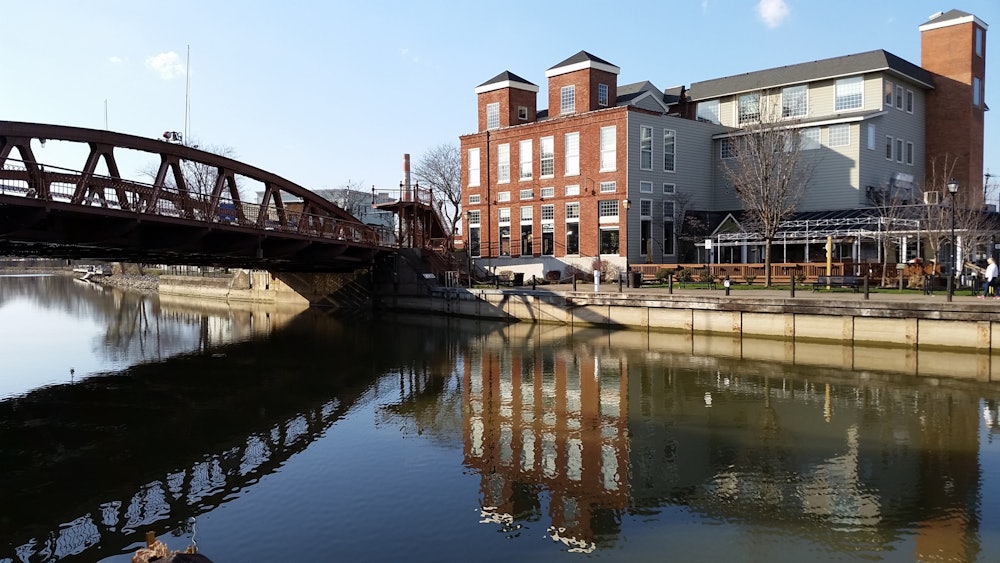 The Erie Canal is America's most famous, and most important, man-made waterway. The canal helped open the American frontier by providing a route west for settlers. Rochester, and many other cities, towns, and villages, grew along its route from the Hudson Valley to Lake Erie.

This tour takes you to some of the most interesting port towns and locks along the canal, within biking distance of Rochester. You can use it to visit just one or a few of them, or visit them all by biking or driving from Fairport to Brockport.

The Erie Canal transformed New York into the Empire State, and transformed America into an economic superpower. It provided a direct water route from New York City to the Midwest. The Canal made New York City prosperous, and triggered commercial and agricultural development of the territories along the Great Lakes.

Two centuries later, the Erie Canal is still synonymous with American industry and ingenuity. To learn more about the history of the Erie Canal, tap the link: