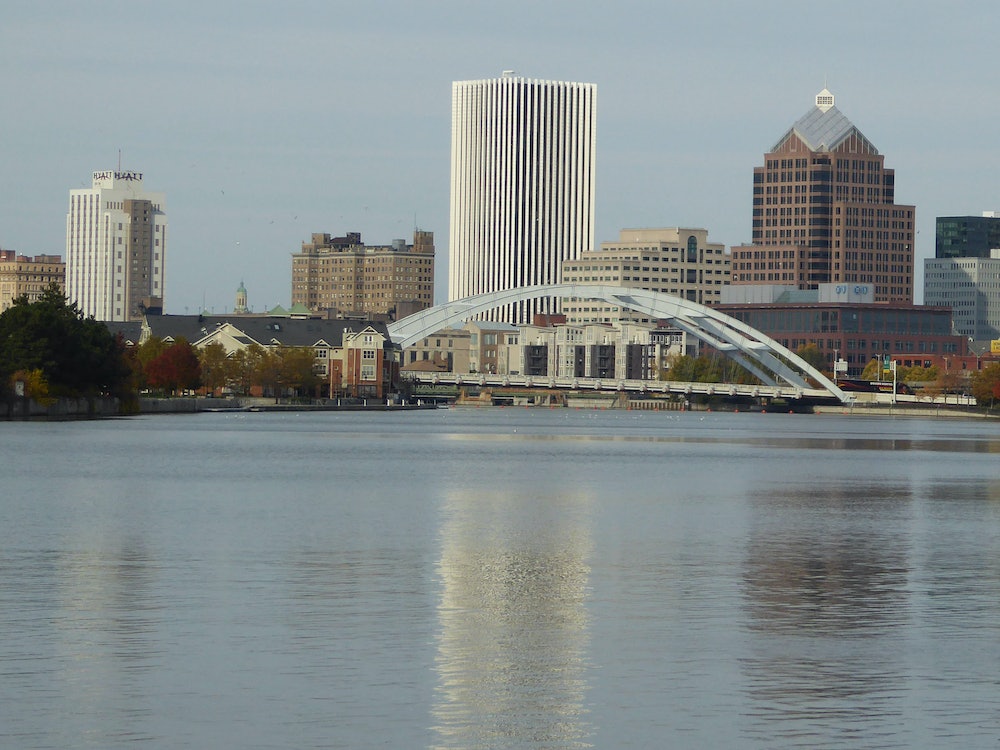 Rochester was born from the Genesee waters, which powered the growth of our community, beginning more than 200 years ago. But over the years, in many areas, the river front was neglected. How can we take better advantage of the Genesee River, which is our most important and historic natural asset?

This audio guided walking tour, narrated by Howard Decker, describes how the Genesee riverfront in the downtown Rochester is being revitalized. As you walk or bike along, you’ll hear about improvements that are underway, as well as completed projects that were once just a vision.

The tour begins at Corn Hill Landing Park and heads north along the river. You’ll cross several bridges, following the flow of the mighty Genesee River. In a few places, there’s no public access to the riverway. We’ll help you imagine what the riverfront could become if these barriers are removed.

Many of these ideas, and some of the renderings you’ll see, were developed by the “ROC the Riverway” project, sponsored by the City of Rochester. To learn more, tap: https://www.cityofrochester.gov/roctheriverway/